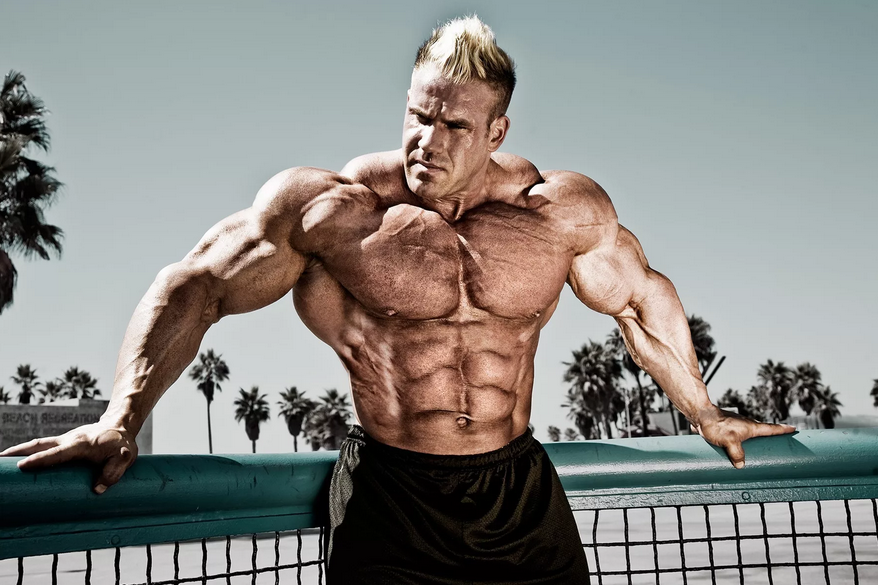 Bicep workout: how to get huge arms. Technique + Program

Tired of small arms? Do you want to get huge “bazookas”?

Hardcore biceps training will help you. Now you will find out what and how to make your hands evoke admiration and envy, and not condescending smiles.

But I warn you – this is hard and painful. If you are not ready for this, then close the tab and come to terms with the fate of a wimp.

“Only by overcoming difficulties does the personality develop.” – Jason Statham.

Are you still here? Then let’s continue.

Why do you need bicep workout

Knowledge of muscle functions will help you understand how to train them properly. Without theory, you’ll make a bunch of … mistakes.

The bicep consists of two bundles, the external (long) and internal (short), so it is called the biceps of the shoulder. The long and short bundles intersect on the front of the humerus, performing the functions of bending the arm in the elbow joint and turning the hand. Muscle functions determine how and what exercises to train it.

Exercises, where the arms are bent at the elbow, load the biceps. Variations of these movements deserve separate articles. However, this does not interfere with drawing up an approximate training program with some such exercises.

Muscle fibers are divided into fast and slow. Just like people: someone hesitates with a gym, delaying to the last, and someone makes a decision quickly, preparing the body in the fall.

Fast fibers are characterized by a high speed of contractions, they are responsible for strength. Slow, on the contrary, are “sharpened” for long work on endurance. Each muscle has a certain proportion of these fibers.

The biceps are slower, therefore, being the smallest muscle of the arm, it is not designed for heavy loads. Based on this, when training biceps for weight, you should not set weight records on a barbell. This is a stupid and traumatic idea.

Biceps respond better to training with a moderate weight in the range of 8-15 repetitions than from 3-5 heavy barbell lifts or a dumbbell.

Watch your elbows during your workout. They are taken back and fixed, pressing against the body. This is necessary so that the auxiliary muscles do not “steal” the load from the target and do not reduce the effectiveness of the training.

Leading the elbows back allows you to better stretch the muscles in the negative phase of the exercise. Because of this, the biceps muscle receives more damage, without which growth is impossible during recovery.

There are 3 common patterns. Biceps workout in combination:

Biceps and triceps training on the same day is a common technique. 2-3 exercises are performed for each muscle, which cannot be done by combining it with large muscle groups. Also, this scheme gives more time for recovery.

Training according to this scheme requires a separate day for hands. This is a serious drawback, because not everyone can go to the gym 4-5 times a week.

In combination with the pectoral muscles, bicep works as a stabilizer, without receiving a large load. It is pumped after training nursing. However, if you leave the biceps for later, the total energy supply will be insufficient to load it properly.

The opposite situation develops when training the biceps with the back. Bicep actively works in various traction, therefore, the load will be significant. With this scheme, it is also trained last, which is more like “finishing” a muscle than a full-fledged training.

Since the advantages of the first scheme are obvious, I propose to consider it in more detail.

Some iron lovers divide the training program for biceps in combination with triceps into two phases. First, do 2-3 exercises for triceps, and then load the biceps.

This is wrong, since a prolonged load on one muscle unduly destroys it. To avoid this, alternate exercises. It looks like this:

Such a training after 12-24 hours will cause pain. Why does bicep hurt after training? Muscles are sore due to micro-fractures that occur when the fibers are stretched. During restoration, the tissues heal and condense, increasing in size. Muscle growth – this is adaptation to the load.

How to get arm definition outside the gym

Home biceps training differs from workout in the gym only in a variety of weights. If there are collapsible dumbbells or a bar, then training at home is not a problem.

Perform bending your arms with dumbbells and a barbell, pull yourself on the horizontal bar with a reverse grip, eat well, relax. But as soon as progress stops, go to the gym. There are more weights, and other muscles can be developed.

How to train biceps for girls: bicep workout features

Just like the guys. The same exercises, the same rules of rest and periodization of exercises. Biceps training for girls takes place with less weight. In addition, if there is no task to develop big hands, then girls need to perform 12 to 20 repetitions per set instead of 8-15.

Big hands are not only power and aesthetics, they are status. The bulked up man in the company, with all other things being equal, enjoys greater authority than his skinny comrades. Since you read this article, you obviously do not want to relate to the latter. We hope it was helpful and we answered your questions.

[an error occurred while processing the directive]